MPD is under a 1978 consent decree, which forbids it from collecting intelligence for political purposes.  It is also constrained from so doing by its own DR 138 departmental rule.

Nonetheless, MPD owns a surveillance van, disguised as a traffic division vehicle.  It was first noted during the January 20th Immigration March.  It has only been seen at political events and its dome camera usually aimed at the protesters.    We can imagine no purpose for this vehicle other than to collect photographic and electronic intel on political protesters.   It’s markings as a police traffic van would make it useless for undercover criminal investigations.

Here it is at the April 4th Martin Luther King anniversary parade.   Crew members dressed in black polo shirts launched a drone, which flew above the marchers for a period of about twenty minutes.

The bogus traffic van next turned up for the Mayday “Day Without Immigrants” march, at 7:50 PM May 1st 2017.   Here it is parked near Clayborne Temple. 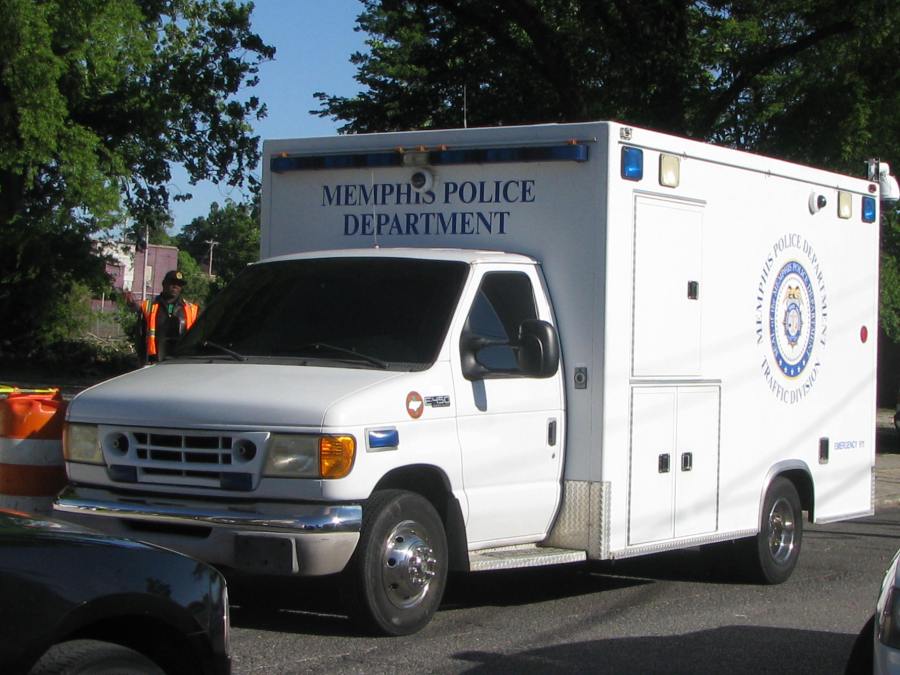 It’s a Ford E-350 cutaway van with a highly modified box body.  The van has a camera dome at the rear, with a steerable camera inside. 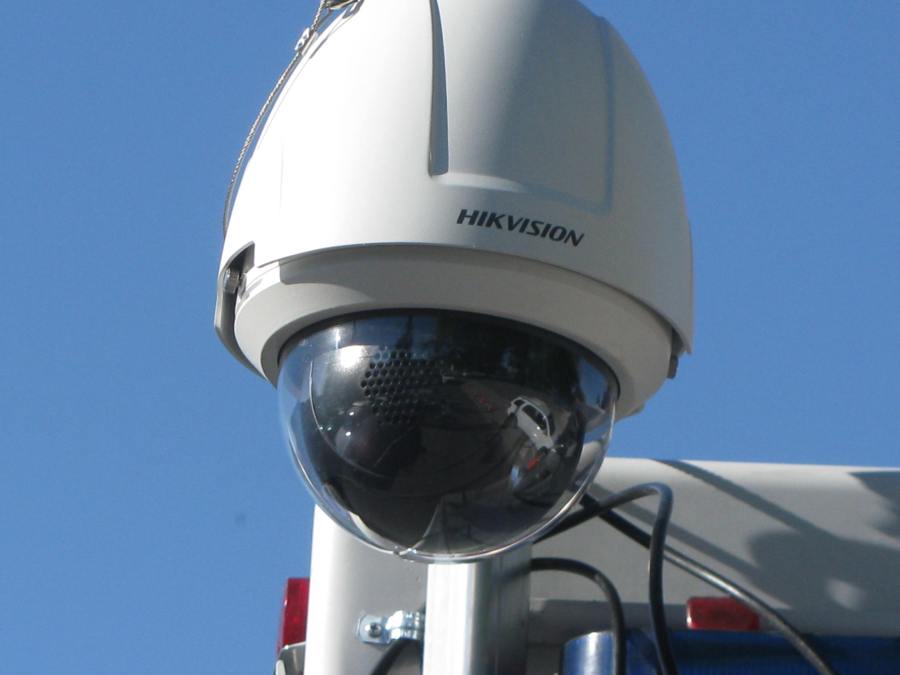 We danced around it for a while and it followed us around.  We discovered that it could not see you if you were right under it.   It only turns downward so far. 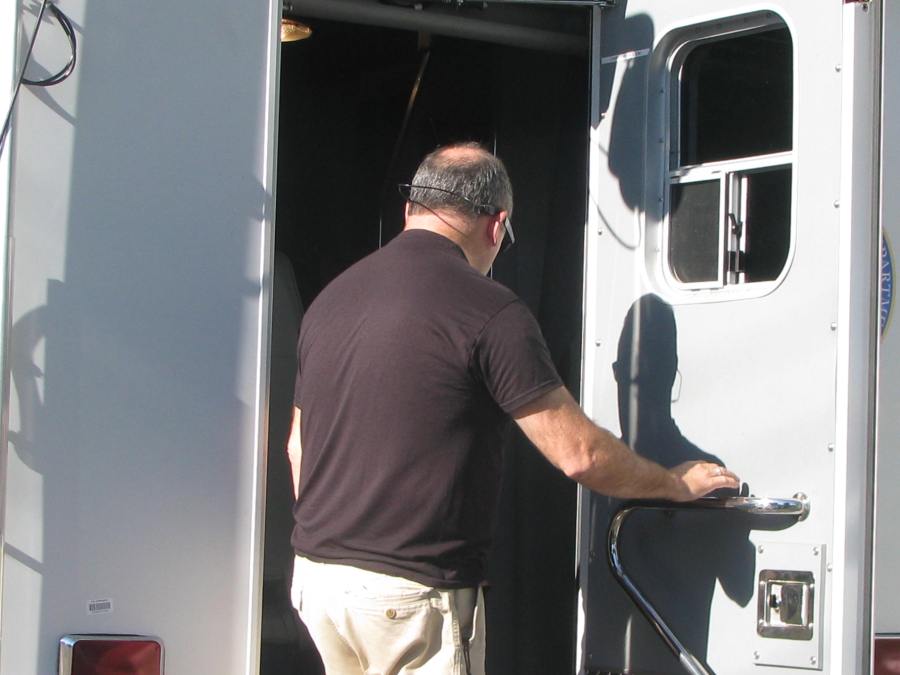 Two crew members got out and fiddled with the camera mount.  They said that they were police and with the ‘Real Time Crime’ unit.  This group is in the Special Operations Division, and is part of the Blue Crush information center, the one with all the monitors and the Blue Crush data feeds.  Not traffic enforcement. 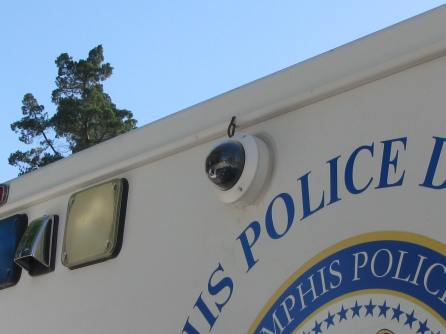 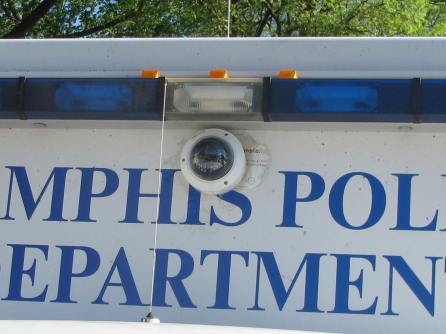 The van has these fish-eye view ports on all sides.  It has a full set of dome lights and sirens. The antenna in the picture on the right resembles a Stingray antenna. The City has several contracts with Harris Corp, the makers of Stingray, here, here, here and here.  Stingray is an eavesdropping device which emulates a cell tower and intercepts cell phone traffic.

This monitoring of cellphone traffic is a broad search, as all cellphones in the area automatically connect to the bogus cell tower in the Stingray unit.  ACLU considers this to be unconstitutional, and Harris Corp, the makers, require all customers to remain silent about ownership and usage of the devices, which we take to be a sign of guilt. 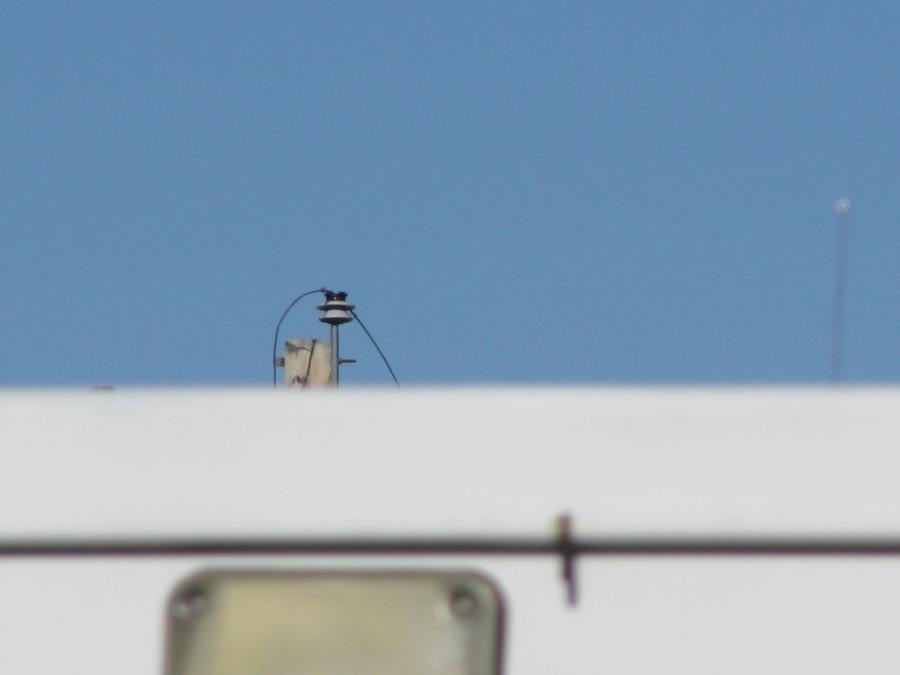 This curious device on the roof of the van appears to be a wave guide.   It looks to be of a size appropriate for microwaves.   We have not been able to identify what this elaborate antenna is for and would welcome any information.  The antenna to the right looks Stingray compatible.    The focus was on the wave guide. 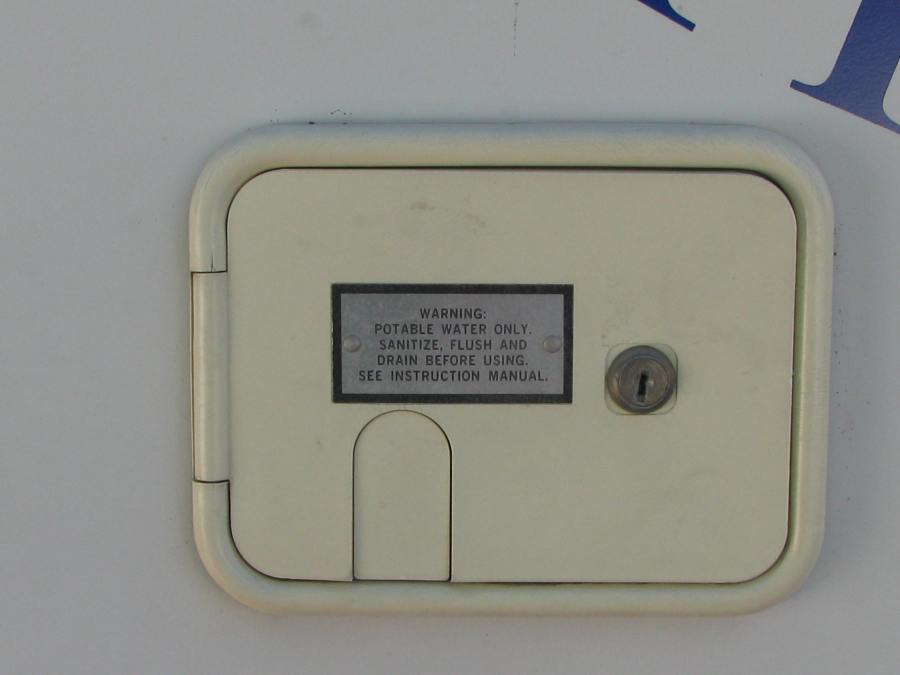 The van is fitted with plumbing. 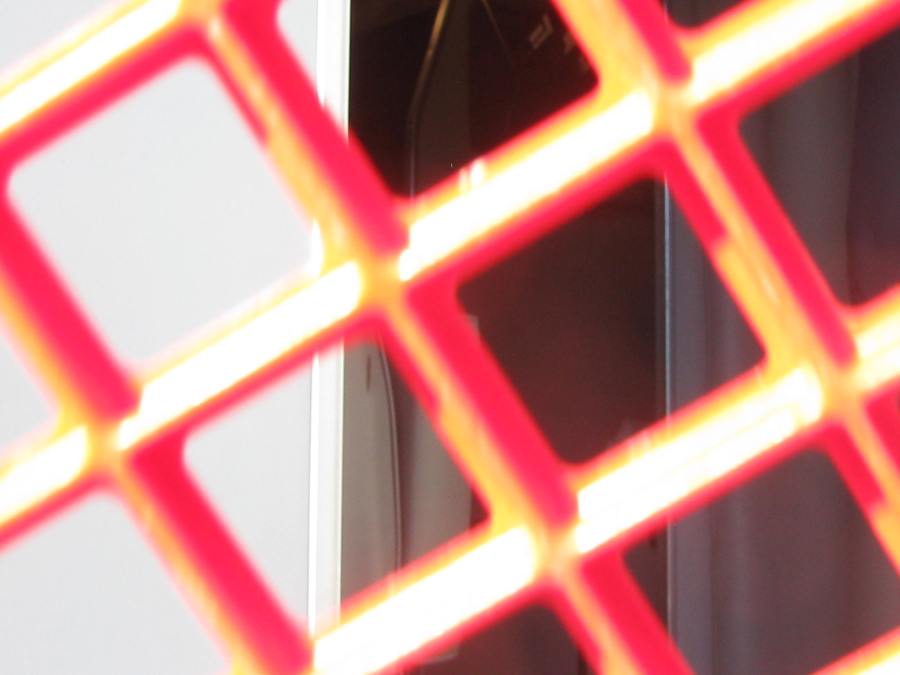 The crew jumped back in the van when I took pictures of them.   One of them raised this crate to prevent me taking photos of the equipment in the interior of the van.   They stayed in the van and followed me around with the dome camera until everyone got bored with that game.

At about 8:20 PM, the crew darted out of the back of the van into the cab and drove to the end point of the march, at the National Civil Rights Museum.   When they got there, they trained the camera on the crowd in front of the museum.

The drone was not flown that day.   A drone seen near the Civil Rights Museum was identified as that of a supporter. 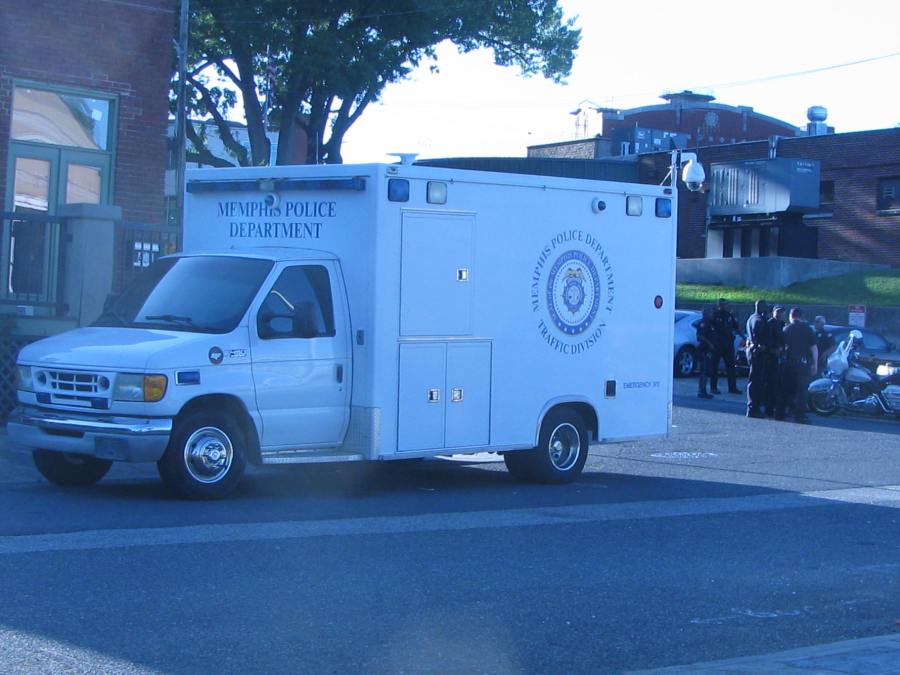 We have one additional clue to the provenance of this vehicle.   Although it was first noted on the streets of Memphis in 2017, it seems older than that, from the general aging of the fittings. 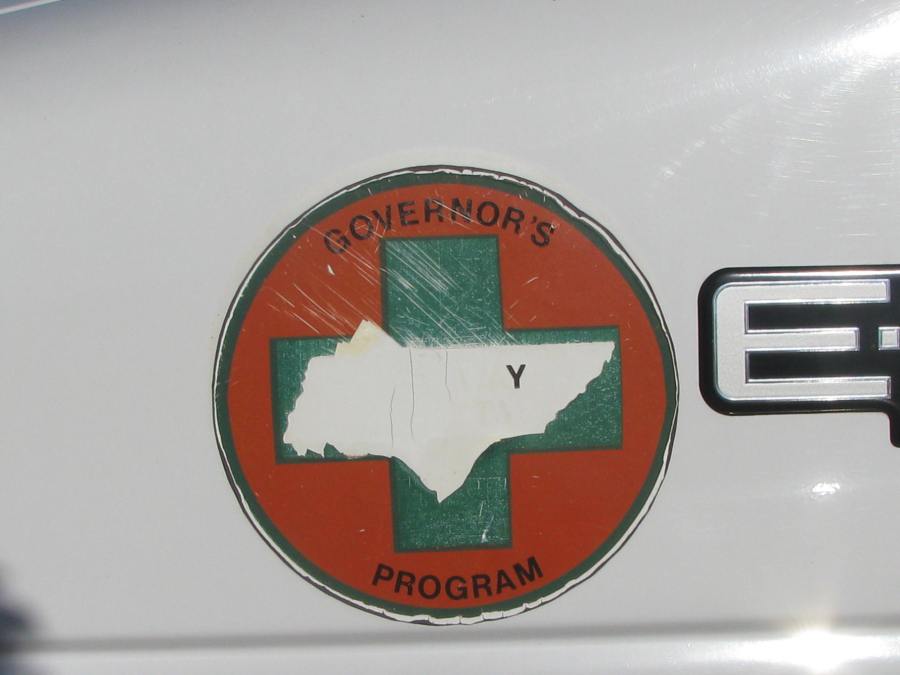 This decal is on the left front of the cab.   The map of Tennessee has a faded yellow spike above Dyersburg and another extension around New Albany.   The letter “Y” has a washed out “A” to the left and a “T” below.  We don’t know what this means but would welcome any ideas.

This vehicle is designed and used specifically for political intelligence collection and has no other use.