NEW: We look into the background of the slaying of Brandon Webber.  Previous to the rock-throwing on the evening of his killing, no Memphis protester had offered violence to police, despite numerous provocations.   We look into local and street organization reaction to this and other police violence, and how DA Amy Weirich has played a role in systematic violations of civil rights.

The prosecutor page is divided into Amy Weirich and what can be done about her, our Rogues’ Gallery consisting of our Hammer Award winners, and a collection of case histories.

What’s to be done about Amy Weirich? 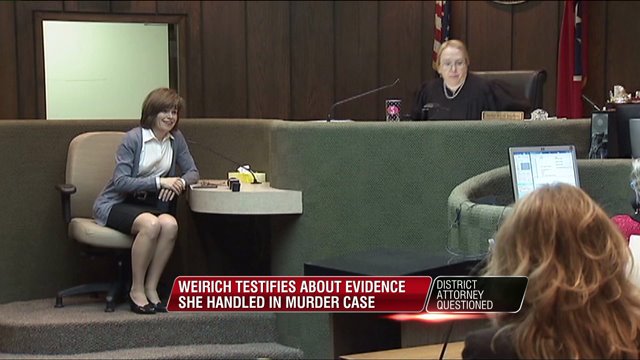 Ideally, a special prosecutor would be appointed to bring Weirich a taste of real justice.   Alternatively, an attorney would assemble a class action suit of her victims and be paid from the compensation for time served.

Tennessee District 30 District Attorney is an elective office and Amy Weirich will be up for re-election in 2022.   We have plenty of time to find an excellent reformist candidate who will dismantle Amy Weirich’s mass incarceration regime.

We should be able to forge national alliances and raise funds for our reformer DA candidate. 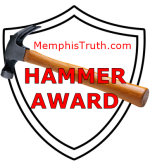 MemphisTruth.com’s Hammer Award.   For decades, Shelby County’s DA office has awarded their Hammer Award to prosecutors who go too far in securing convictions.   Now, we have our own Hammer Award, for court officials who break the rules to get convictions.

Jason White framed in Bartlett Meth Case Bartlett detectives relabel a meth shipment to frame White and Kristina Cole.  Jason White Rendition.   On May 20th, 2019, Jason White, who had been framed and sentenced to 60 years, was spirited out of state.   Background to the Interstate Prisoner Transfer Compact, and White’s connection to gang shot-caller Charles “Country” Thompson and the Jobs for Cash conspiracy.  Jason filed a writ of habeas corpus in his new state.

Our story includes April Malone and Celitria Watson, who are suing the City, three prosecutors and three MPD cops for falsified evidence, a death row inmate whose trial featured a paid confidential informant who gave contradictory statements to media, and six other defendants whose prosecutors used the same unreliable CI to obtain false convictions.    One of the defendants in these cases was mysteriously killed.

Six defendants, including three jailer deputies, were arrested in 1997 for faked pot sales to a CI and subsequently prosecuted.   Earley Story is still fighting his conviction after twenty years.

Alfredo Shaw, CI#2282 featured in these cases, and also in the case of death row inmate Tony Carruthers.  We found seven defendants embroiled in his testimony and we think there are up to ten other defendants we have not found yet.   We followed up this feature with a sworn court record and a TV appearance in which the snitch retracted grand jury and court testimony.   The evidence Carruthers provided was a Confidential Informant ledger for Shaw, where there were no transactions for the days he allegedly bought pot from the deputies.

Cover-ups tied to deputy murder and jobs for cash.

The third cover-up we fund was related to the murder of Deputy Sherry Goodman in 1996.  Roderick Cobb was framed for this murder and is still doing life without parole. His custodians at 201 Poplar were Bernard Kimmons and Victor Campbell, whose possible testimony was invalidated by their bogus prosecution with Earley Story and false testimony from Alfredo Shaw.

The 600-lb gorilla in 1996 at the Sheriff’s department, where the FBI indicted Alton Ray Mills, second in command at the Sheriff’s office, and grocer Stephan Toarmina, a political appointee at the Sheriff’s Office.    A probability analysis of the likelihood of the murders of Deadrick Taylor, the day after the Mills / Toarmina indictment came down, and Sherry Goodman, who was murdered 98 days later, being unconnected suggested the murders were linked, and the link was that the two were potential witnesses in the upcoming Mills / Toarmina trial.   The Federal trial had unindicted co-conspirators and unnamed victims that the Federal authorities could not use, and the Federal judge was openly calling for the Shelby DA, Bill Gibbons, to indict others.  In the event the local DA failed to indict anyone and the problem went away.

The brass at the Sheriff’s Office was actively discouraging cooperation with outside investigative agencies and instilling a climate of fear among deputies.

We later covered the prison career of Charles “Country” Thompson, who was convicted of ordering the murder of Deputy Sgt. Deadrick Taylor in 1996.

CI#2282 Alfredo Shaw.   The snitch who lied on death row inmate Tony Carruthers, and the six defendants in the 1997 arrests of three officers and three civilians.  We added a sworn statement and a TV tape of Shaw saying how he had been coached and paid to give false evidence.

Three related coverups, including the murder of a sheriff’s deputy.

The 2018 lawsuit which ACLU fought and won has produced tens of thousands of pages of documents. “On March 2, 2017, the American Civil Liberties Union of Tennessee intervened in Blanchard v. City of Memphis, a lawsuit challenging the City of Memphis’ creation of a list of people, including multiple members of the Black Lives Matter […]

Readers of our City Council Election blog may have noticed that, instead of writing about Thurston Smith, I inserted a legal disclaimer.   Now I can reveal the full story. On the fifth of July I was served with a temporary Order of Protection (PDF) filed by Thurston Smith.   The order is a tissue of lies, […]