CLERB’s mission is to bring transparency to MPD (Memphis Police Department) operations.   Transparency requires that CLERB minutes, case documents (possibly redacted), communications with MPD and other City entities, meeting video and other public documents should be posted on CLERB’s website and some of them also on the City website .

END_OF_DOCUMENT_TOKEN_TO_BE_REPLACED

In this Smart City Memphis article, “with the Memphis zoo parking design now revealed, the final decision is headed inevitably to Mayor Strickland’s desk after a week of public comment. That’s where the buck stops.  There will undoubtedly be intense lobbying of the mayor by both sides.  It is hard to see how the design, which seems senselessly to consume more than two acres of parkland at Overton Park, will not light the fuse for another round of vigorous opposition.”

First we had the City’s A-list, the blacklist of individuals requiring escorts at City Hall.  Now we have the Zoo’s blacklist, the Z-list.   This list has Hunter Demster and myself on it.  It has another thing in common with the A-list – a mysterious MPD construct, the “Authorization of Agency” form.

Hunter called me on Tuesday February 21st and told me that the Zoo had posted photos of both of us at their security checkpoints.   So we saddled up and arrived at the Zoo a little after 4 PM .   We photographed our Zoo mugshots through the glass of the unattended parking shack.

When we got to the Zoo entrance, we engaged the Zoo attendants and asked them why our photos were posted, and they said that we were banned from the Zoo and we had to leave.  They said they’d called the police and we should leave to avoid arrest.

While we were walking back across the parking lot, a police cruiser pulled up in front of Zoo plaza, and Officer Dan Adams dismounted.  He called us, and we turned around and went back to the south-western end of Zoo Plaza.

Officer Adams was combative right off the bat.   He said that MPD had an Authorization of Agency on us and we had to leave.    We asked why we were being asked to leave public City property and mentioned that we had committed no crimes.

At that point, a second cruiser pulled up with an unidentified female officer.   We asked for a supervisor because her colleague was raising his voice.   She led Officer Adams a small distance away to the lion statue and they conferred briefly.

The officers came back over and informed Hunter and I that we were being detained.  Hunter was cuffed behind his back by Officer Adams, led to Adams’ cruiser, parked in front of the Plaza and locked in the back.

The female officer locked me in her cruiser, uncuffed, but took away my phone and camera.

Here’s the video Hunter took of this interaction, from the first appearance of Officer Adams to where we were informed we were being detained.

At this point, the narrative continues from the back of Adams’ police car where Hunter managed to get his camera going and broadcast live.    This video was featured in the Commercial Appeal article.

Antonio Blair and Mark Ravi take up the video narrative from the Zoo parking lot.

During the twenty minutes or so we were in the cruisers, the two original cops were seen in the video working on an Authorization of Agency form, which the Zoo and those police officers had said that they already had filed.   An MPD supervisor arrived after a while, talked to the officers but did not address us.

Eventually, the two cops released Hunter and me, and waved a folded piece of paper at us, which they said was an Authorization of Agency.  They said we’d be arrested if we again entered Zoo property.   They would not show us what was on the paper.

What is an Authorization of Agency?

I am not a lawyer.  Tennessee trespass law is governed by § 39-14-405.  This requires a subject to be advised that she is trespassing, and be given an opportunity to leave, before trespassing can be alleged.   There’s also a provision for property owners (or “employers”) to pay a fee to the Secretary of State to have their property listed on the No Trespass Public Notice List.

Besides the Z-list, we saw Authorization of Agency (AOA) used in the A-list (PDF).   The list is printed on MPD form AA0306, their Authorization of Agency form.   The form is entitled “Listing of Persons Barred from Premises”.   In theory, the named property owner has previously notified the named individuals that they are banned from the named property.   The A-list AOA was written for Mayor Strickland’s home address, and contains 57 activists’ names,   Other individuals who were already on the City Hall exclusion list  were added to the A-list, without being on an AOA form.  There were some individuals listed twice on the A-list.

Lieut. Albert Bonner, MPD head of City Hall security at the time, had extracted the 57 names from active MPD political intelligence files, had the Mayor sign the order, and added a note in the corner of each page saying the named individuals were required to have an escort in City Hall.   The rest is history.  The ALCU court case is ongoing.

Another prominent misuse of the AOA is  Amy Weirich’s (Shelby Co. DA) “Operation Safeway” , which has been used to harass homeless individuals and for fishing expeditions.

We can’t find any law locally that modifies the State law, or any regulation in the MPD Policy and Procedures manual  relating to the Authorization of Agency.   Several cities in California, Virginia, Alabama and Oregon have a similar letter, but it does not designate individuals and is like the Tennessee law, in that the property must be posted.

Authorization of agency, as a legal term, is usually a form of power of attorney authorizing a representative to act in relation to specific transactions.

We have concerns as to the legality of the AOA, its use to implement a political blacklist by a quasi-Governmental City contractor, and the absence of due process around the device.   This may well be a civil rights matter, especially in view of its repeated use as a blacklist.

Hunter and my previous Zoo visit.

The SmartMemphis article is unclear about why we were banned by the Zoo.  The answer may lie in our previous visit to the Zoo.  After reports that chainsaws had been heard somewhere north of the 17 Acres, Hunter and I decided to visit the Zoo during Free 3-hour Tuesday on 26th September 2017.

We entered the Zoo without incident and walked eastwards towards the Reticulated Giraffe enclosure on the eastbound tram route.  Along the way we noticed that two Zoo employees were following us.   We checked out construction of an ice rink that was in progress east of the giraffe house, and then turned back towards the Zoo entrance. 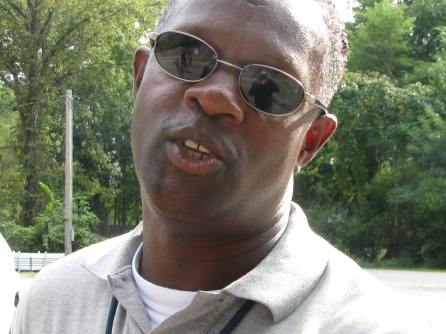 Along the way, we turned south towards the 17 acres, in an unfenced and unposted area used for Zoo employee parking.  The two Zoo employees shouted at us from a 50 yard distance to leave the area.  We immediately headed north back on the main drag and resumed heading for the exit, pausing from time to time to view exhibits.

When we got near the Hippo Camp, we were approached by an MPD officer in motorcycle gear.  He asked us to leave, and the policeman walked Hunter to the main gate, while the Zoo employees walked behind me.    When we got to the main gate, Hunter inquired why we were being asked to leave.  The cop said that the Zoo wanted us gone and we’d be arrested if we didn’t, so we left.   There was no violence or even raised voices, we never entered any fenced or posted area, and we left when asked.

“Save the Greensward” is planning an event, “Free Tuesday at the Memphis Zoo”, on Tuesday Feb. 27th.  Park protectors intend to line up in an orderly manner for admission to the Zoo.   Hunter and I plan to attend.

The Zoo Parking Plan, a highly defective document, goes to the Mayor for contract approval on Wednesday.